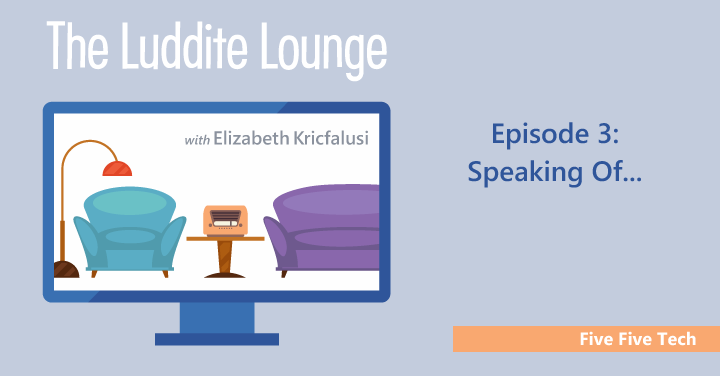 I originally said Five Five Tech episodes would have five news stories in five minutes. But I’m changing it to five items in minutes, so they won’t all be news stories.

After the Amazon Web Services outage last Sunday morning, Amazon bounced back by winning five Emmy awards that night. Congratulations to Amazon and thanks in advance, as they’re celebrating the win by having a one-day sale on new Amazon Prime memberships on Friday, September 25th!

The newspaper has announced that they will be publishing 100% of their articles on Facebook’s Instant Article service.

Don’t want all your friends to know every time you add a new friend on Facebook? Too bad, so sad.

It’s a small change that looks worse than it is.

5. Preview of Next Lounge Episode

A lot is happening in the streaming media space so the next episode of The Luddite Lounge will include an interview with Ryan Downey from The Streaming Advisor. Woo-hoo!