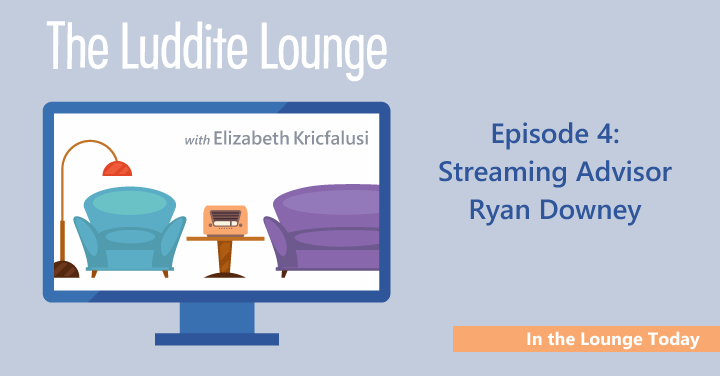 Welcome Ryan Downey to the Lounge!

Well, it didn’t take long for me to change my mind about limiting my longer episodes to 30 minutes :), but this one’s totally worth it. I’m so excited to have Ryan Downey, aka The Streaming Advisor, as my first guest on the Lounge. Ryan writes extensively about all things streaming and today he’s sharing his insights on recent and potentially upcoming announcements on updates to the Apple TV, Amazon Fire TV, Google Chromecast and Roku streaming media players.

Note: Another first for this episode was me recording a Skype conversation. And even though I did some tests before the interview, the quality of the recording isn’t perfect. 🙁 You can totally understand everything but I will be working on improving the quality next time.

Note 2: Mere hours after recording the interview, a whole bunch of stories came out with new evidence for a Roku 4 coming out soon. That’s life in the podcast lane, I guess… 🙂

Links Related to the Topics Discussed in the Show

The new Apple TV features a new touchscreen remote, Siri integration, and a dedicated app store, which will now let you play games through the device.

The Fire TV’s updates include support for 4K video, integration with Alexa (Amazon’s voice assistant), MayDay support services, and a voice remote option for the stick version of the player.

Google is having an event on Wednesday, September 30th and we’re expecting this is where they’ll announce the next version of the Chromecast. Not a lot is known yet about what improvements it will have over the current version, although I’ve got my fingers crossed for better Wi-Fi connections.

While there’s a lot of chatter about a new Roku coming out before the end of the year, we’re still lacking any specific news. Learn what streaming media is, how the players work, and why it's all so complicated...